Some thoughts on the Eclipse… 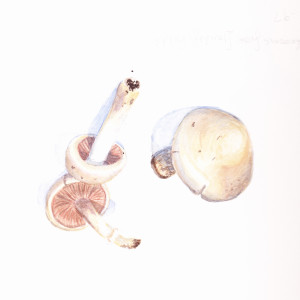 I was really excited about the eclipse today. I wasn’t expecting anything spectacular and I certainly wasn’t going to risk looking at the sun (since I don’t have any suitable glass to hand and if I fill a bucket of water than Noah usually sticks his head in it and drinks it) so I decided instead to just watch its effects. In a way this follows on nicely from yesterday’s blog post.

It was very emotional for me. I’d decided to watch the progress of the light and shadows out in my back yard because these were easy to measure. B ut before that I noticed the birds becoming very excited a few moments before the eclipse started, and then, bang on 8.23am, Little Aud our Basset Hound began barking excitedly.

The next hour was fascinating. Noah stood watch out in the garden, either fascinated with what was happening or rather afraid that someone might steal the eclipse. Homer was deeply worried but as the eclipse progressed (it took almost exactly an hour to reach its peak) he became rather agitated, and ran into the garden barking. Given that Homer has the loudest, deepest bark of any dog I’ve ever known, this was pretty impressive. It was as though he was shouting ‘Sol Vincit!’ or some such thing he’d been reading about eclipses in the ancient world.

The birds of course, became silent as the shadows lengthened. Even Putin, our resident blackbird (he with the entourage of sleek lady blackbirds and thuggish looking males who seem to follow him everywhere at a discreet distance) just slunk up to the bird feeder and then flew away again. Most unlike him cos he usually scoffs everything.

So no, I didn’t get to ‘see’ the eclipse in the sense that I didn’t see the sun. But I did see its effects, and wondered at them. And wonder is important for as Socrates once said, ‘Wisdom begins in wonder.’

What a lovely start to the day!