On finding ourselves and being found again… 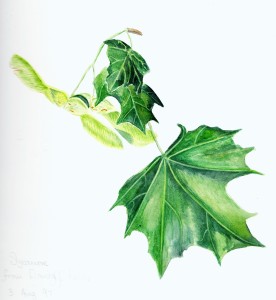 The Equinox approaches and with it, the earth change gear once more. Each gear is appropriate for the time of year, although sometimes it will screech and shudder a bit, just as it does in a car. Many people are unaware of these changes. Let’s face it, there’s little to make us notice them unless we’re actively looking, and yet we often feel uncomfortable, ‘out of keg’ as we say in my part of the world, as though suddenly we are just out of our comfort zone.

Actually all those feelings are perfectly normal. Rather than fighting them however, it’s much better to embrace them, to follow where they lead, for lead us they will, and then we must follow. I know many people don’t like the idea that we somehow ‘have’ to do things, and I admit I often kick against the bricks when I’m told to ‘take it easy’ or even ‘pull myself together.’   But I don’t resist the advice of Mother Nature. She knows, has always known, and she plays the drum that sets our pace for marching.

It’s natural though, that sometimes we just don’t feel in tune with the turning of the seasons and tides. Sometimes this can happen at the beginning of our path, and sometimes it sets in later on, as though we have somehow drifted away from our original awareness. It can be testing then to realise we’ve lost something that once felt so easy. But don’t despair.

Remember when you were young, perhaps your parents or teacher told you to stay put if you were ever lost? Well, the same applies here. Instead of rushing around trying everything new, it can sometimes be better to just go outside and just sit quietly (though at this time of year you will still need to wrap up warm!). Don’t worry about meditating or trying to reach anything. All we have to do is just sit still and wait. Observe. Enjoy the peace.

And wait for the Eternal Mother. She knows when we’re lost sooner than we do, and is already looking for us.