Todays Interview is with Priscilla Bettis, one of the authors whose works is including in Among the Headstones, Creepy Tales from the Graveyard,  Edited by Rayne Hall.  It’s always interesting to learn more about authors, how they work, what made them first interested in writing horror, etc.

Priscilla Bettis read her first horror story, The Exorcist, when she was a little kid. Priscilla snuck the grownup book from her parents’ den, and The Exorcist scared her silly. From that moment on, she was hooked on horror and all things deliciously off kilter. As an adult, Priscilla turned to engineering physics, a wonderful profession, but what she really wants to do is write . . . or die trying, probably at the hands of a vampiric wraith. Priscilla shares a home in the Blue Ridge foothills of Virginia (USA) with her two-legged and four-legged family members. 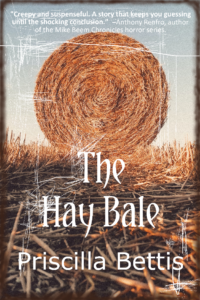 Do you ever wander around cemeteries, read the inscriptions on strangers’ headstones, and wonder what their lives were like, how they died, what families they left behind?

During a walk one day, my dog insisted on turning left instead of our normal right turn. We ended up wandering through a cemetery where two sisters were standing over a grave. They had just buried their mother. The surname on the tombstone? My dog’s name, Dalton! I told the Dalton sisters their mother had a sense of humour and had sent my dog to say hello.

I’m donating my body to science. I figure it’s better for med students to practice on a corpse before cutting open a live person!

What scared you when you were a child?

When I was nine years old, we rented a house that had an open staircase to the basement. There were no risers, only treads. Seriously, who invented stairs where an imaginary, creepy, young man could reach his bony fingers through the open spaces and grab little girls’ ankles? Sometimes, instead of imagining the man grabbing my ankles, I imagined him crouching in shadowed corners, his thin, pale face turned my way. He was in his twenties, wearing jeans. Other times he’d play the old piano that was left in the basement or just walk in circles with his head down. Later I found out that the twenty-something son of the previous occupants had hung himself at the house.

Who is your favourite Gothic author? Why?

There are SO many fabulous Gothic authors, including the talented Rayne Hall, the editor of Among the Headstones. Jo Kaplan comes to mind because she actually made me feel cold and prickly with her atmospheric passages in It Will Just Be Us. Catherine Cavendish never fails to deliver creepy, eerie settings. Caitlin Starling is another favourite because of her lovely prose in The Death of Jane Lawrence, and what Nicole Willson does with sea creatures in her Gothic horror novel Tidepool is brilliant.

Where do you find inspiration for your writing?

I keep my eyes peeled for spooky things. Then I make up backstories for them. How did a solitary shoe end up in the middle of an isolated road? What’s inside that box in the hayfield? Why did all the lights at the old house across the street come on at three o’clock in the morning?

I have a story coming out in the April, 2022, issue of 34 Orchard literary journal. My beta readers said it was disturbing and breath-holding scary. (High praise for a horror author!) I’ll be interested to see if readers think “Lucretia’s Hum” is equally compelling. 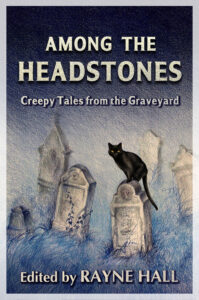 The ebook is available for pre-order from Amazon at the special offer price of 99 cents until 31 January 2021. (After that date, the price will go up.)  A paperback will follow.